Original Hot Yoga Perth (OHYP) is a movement studio dedicated to teaching the original Bikram yoga postures; 26 therapeutic postures and 2 breathing exercises in a heated room, over 90 minutes. Classes range from beginners to advanced and we encourage everyone to attend.  We embrace every individual who walks through our doors as part of our community and we welcome students of all ages, abilities, shapes, and sizes.

Our personal care and individual attention is second to none; we specialise in conditioning and stretching classes and free workshops for members. Group Private Classes focus on corrections to posture and breathing, whilst our Clinical Somatics will reset your nervous system. Our hot yoga series is the therapeutic practice of hatha yoga and all other classes are designed to aid you in this particular practice.

All teachers participate in regular anatomy and posture clinics to ensure you’re getting outstanding personal guidance. They focus on correct alignment, breathing, and the art of patience and discipline; no matter the state of your physiology or health, you’ll discover ways to create the change you seek. Therapeutic yoga really is for everyone!

Previous
Next
OHYP is the only studio in Perth with non-slip, non-porous, no odour flooring and we are hyper-vigilant about hygiene. The studio is cleaned after every single class and we take pride in offering you a beautiful, immaculate space whenever you visit, with showers fitted onsite for your convenience.

We are meticulous about our studio environment – nothing enhances your practice more than calm, pristine, welcoming surroundings. We want you to leave every class feeling refreshed, happy, and pain free. An array of yoga clothing, merchandise, supplements and refreshments to aid your yoga practice can also be purchased in-house.

I became a Bikram Yoga teacher in the Spring of 2011. There are certain events which happen in our lives that shape our future in major, life changing directions, and going to LA for 9 weeks with 428 other yogis was one of those moments. Not only was I practicing something incredible that saved my life; I was then able to share this healing therapy with others.


Prior to starting Bikram in 2010 I had never exercised in my life. At the age of 14, I was diagnosed with Compartment Syndrome, which turned my life upside down. Simply put, the fascia does not stretch, so blood and oxygen flowing to the muscles and nerves get cut off – which leads to constant acute pain. I had operations on both arms, but this didn’t resolve the problem. I also developed Fibromyalgia, which is constant chronic pain. I also had chronic fatigue and over time I became withdrawn and felt depressed.
I do think most people take their health for granted; you truly do not appreciate how much you have until you lose it. Then in 2010, I came across Bikram Yoga.


It was a total game changer. I hated my first class, I began to sweat: from my shins and palms, I couldn’t breathe, I could barely get through the postures, and I swore I would never go back. Yet as I got home I felt a serenity and calmness, and, just so I could prove it was a fluke, I went back for a second class… I haven’t looked back since.

Read More
When I attended the Spring Teacher Training 2011 in LA, I was fortunate enough to be part of the demonstration team for the graduation ceremony. It was one of the most amazing times of my life and it has been a life changing experience.

Even though I suffer from my conditions now, it is much more manageable, and I can function and move normally– I can lead a normal life without any medication. Mentally I’m in such a better place too, it’s given me the confidence and belief that I can do anything. To me the yoga provides a moving meditation to bring mental clarity and strength, emotional release, physical awareness and it supports the whole system in healing.

After training I moved to Dallas to teach full time. During that time I have visited and taught in Miami, LA, Houston and Mexico. In 2013 I went back to the US and had the privilege of being on staff at the Spring 2013 training and watching a new generation of teachers graduate. My daughter Estell is also a mini yogini and it just proves this Yoga is for all ages!

Being a teacher enables me to share with others the healing and balancing aspects of yoga. Being healthy is not a destination; it is a way of life. In my own life I am more fulfilled physically, mentally, and emotionally. I have found that the benefits of Bikram yoga are truly amazing, and I am grateful to be able to teach and share this with others. Whether I’m practicing or I’m teaching, I’m often reminded that “Nothing is impossible, the word itself says ‘I’m possible’!” 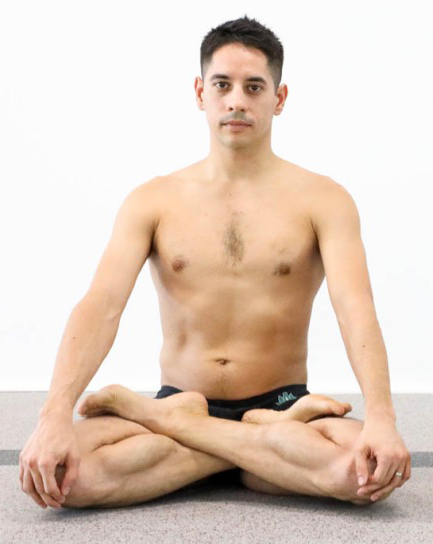 My start with Bikram Yoga came when I attended my mother’s graduation for her own Teacher Training in the spring of 2013. I took two classes from Bikram himself, and he inspired me to want to teach. I was a highly trained athlete in both track and soccer, with the former having me win various state and regional championships in southern Mexico, and the latter seeing me attend and play soccer at the University of San Francisco. I’ve had various injuries over the years, and the yoga has helped me cure them and help me become not only stronger, but more flexible as well.

In the fall of 2013 I decided to attended the Teacher Training in Los Angeles and went through the rigorous 9 week course of 2 classes a day, anatomy, and lectures on yoga. It was an experience like no other before. At the end of training I was selected for the demonstration team for the graduation ceremony and I felt honored for having been selected.

Having spent my younger years in intensive athletic training I took full advantage of a daily double class practice during training and the results showed. By the time I finished training I could perform every posture to a much greater degree than when I started training, and I owe that to a positive mental attitude about class. Class was never too hot, never too cold, postures were never too long or never too short, they were all as hot or as long as they needed to be and that mental aspect has helped me to this day keep a steady and strong practice.
Read More
Shortly after graduating I began training for competition. I competed in the regional and national USA Yoga competitions of 2014, taking 1st in Northern California and 12th in the national competition. I could not have done it without the help of a strict practice schedule and the help and mentoring of experienced senior teachers including Emmy Cleaves, Bikram’s most senior teacher. Her guidance and very strict teaching helped me learn a tremendous amount of the therapeutic benefits of the practice, as well as the importance of alignment within the practice.

I worked on staff for the Teacher Training in 2014, both in the spring in LA and in the fall in Thailand. I also met Binny when she came and visited in the fall training where my brother also graduated and became a teacher. I have taught at a few studios in California including Bikram Yoga World Headquarters, and have also taught in Thailand and Japan.

I am excited to share the mental and physical benefits from a disciplined practice within the studio, and look forward to having students from different walks of like enjoy the benefits of the 26+2.